Dharmaraja Vs Kingswood Big match 2016 (110th Battle of the Maroons)

The 110th Battle of the Maroons between Dharmaraja College and Kingswood College, Kandy will be played for the TB Tennakoon Shield on March 18 and 19 at the Pallekelle International Cricket Stadium, Kandy.
Out of the 109 big matches played so far the Rajans are well ahead in the tally winning 35 matches while Kingswood has registered just 19 big match victories. The Rajans won last year's big match under Tharusha Weragoda and Kingswood have not won since 1958 when CM Fernando captained the team.The highest individual score in the series was recorded by Senaka Dissanayake of Dharmaraja College who made 200 in the 1983 big match played at Asgiriya, Kandy.
Clifford Ratnavibushana scored the highest for Kingswood when he made 167 in the 1959 big match played at Lakeview, Kandy. This writer had the privilege of leading the Dharmaraja team to victory in the 1965 big match by an innings and 43 runs 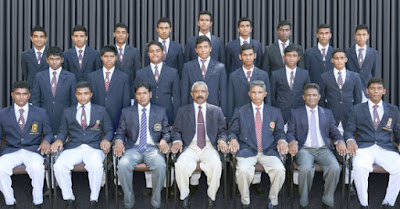 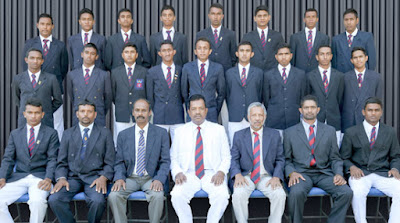 
 Scoreboard
Dharmaraja batted first and scored 179 (all out) for the first innings and at the end of day 1 Kingswood scored 45 runs for the loss of 2 wickets.

The 110th Battle of the Maroons will be held at Pallekele International cricket grounds on 18th and 19th of March 2016. Our group (Rajans 94) has planned to celebrate as we did in every year. The designing team headed by a professional designer has come up with a wonderful T-Shirt design for our members. Now it is already in the production line. 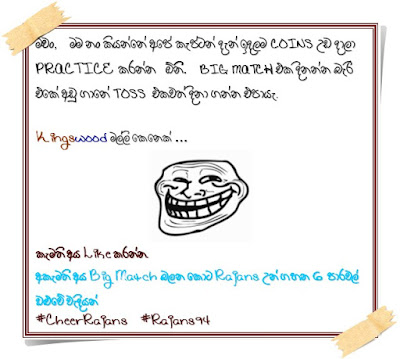