The Annual Cricket Match of Rajans Old Boys’ Group of 94 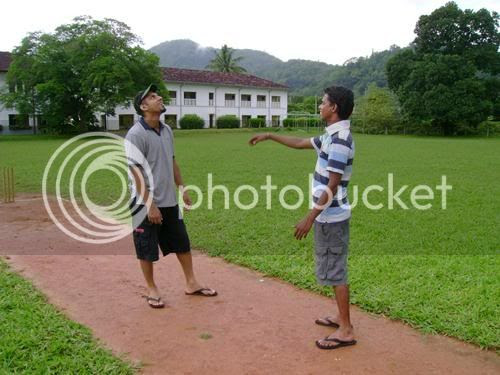 As we have scheduled, The Annual Cricket Match was played at “Agriculture Research Center” Grounds at Gannoruwa – Peradeniya on 12th of December 2009. It was one of the spectacular grounds in Kandy. The event started at about 9 o’clock in the morning and the participation was beyond the expected crowd and it is a very good sign to the future of the Group.

Prior the cricket match a brief but very important meeting (General Meeting) was held to elect the officials. As everyone knows the previously elected officials (most of them) resigned due to personal issues such as leaving the island, career problems etc. Therefore the need of an active set of officials was felt strongly. (To learn more about the new officials please check the following post) General Meeting

It was an unforgettable event since the gathering evoked many unforgettable memories. Everyone chat about the funny memories we had during our school life. We played three matches. The “Team A” won two of them while the “Team B” had a solitary win.

Then it was party time for all of us. Ethanol was the main substance and DJ played some groovy music. Everyone enjoyed the event.

As everyone knows the previously elected officials (most of them) resigned due to personal issues such as leaving the island, career problems etc. Therefore the need of an active set of officials was felt strongly. To overcome these difficulties and to the upliftment of the Group we decided to elect new officials. Therefore a GM (General Meeting) was called prior to the Annual Cricket Match.

Sanjeewa Hulangamuwa conveyed a brief but very important presentation about the projects and activities we successfully executed during past years. He illustrated the visuals of them and mentioned the feedback we got from the mob. Then we elected the officials for the Year 2010. They are as follows 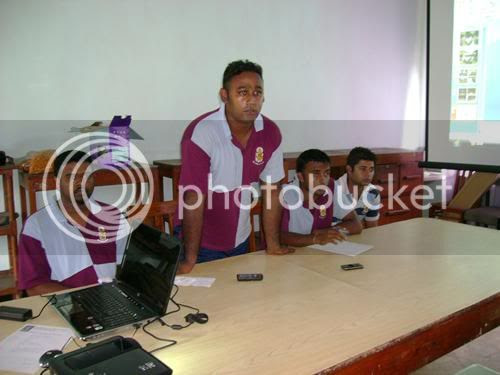 The new president Tharanga Gamage expressed his gratitude on behalf of the newly elected officials. Then we discussed mostly about the difficulties we faced during past years and about the measures to be taken to avoid such matters in the future. Then discussed about the upcoming mega-project “Open Air Theater” Since it was a huge project Hulangamuwa was elected as the Project Manager for it. He mentioned that some of the basics were already initiated.

The General Meeting ended with many new hopes and it is a sign of a giant leap forward.

The long waited Annual Cricket Match (2009) of our group (Group of 94) is scheduled to be played on 12th of December 2009. This is one of the most enjoyable moment in our life. The more the participation – more the fun! So please spread the word about it to our colleagues who are not aware of it and encourage them to take part in this event.
As everyone knows it is not just an ordinary cricket match… it is a fun filled day with some (may I say a lot of) ethanol (some say alcohol) to boost our spirits.

You are invited to the event with your spouse (This invitation is for sobers, otherwise you have to choose between wife and alcohol …)

You have to spend some 1000 bucks if you come alone and 1500 for couples (married or not … no matter) This includes STAR Class lunch from one of the leading hotels in Kandy. (for those who has the ability to pay early can help to ease the burden on the organizers and very much appreciated so please contact Hulang, Gamage or Anjula for bank account information)

So be there and see who will receive the trophy
(for the ethanol consumption)
Posted by Anjana (Sri Lanka) 9 comments:
Email ThisBlogThis!Share to TwitterShare to FacebookShare to Pinterest
Labels: Announcements (Past)
Newer Posts Older Posts Home
Subscribe to: Posts (Atom)