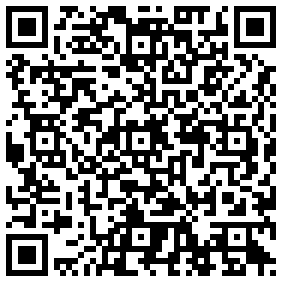 It's the time to dance to the "Papare" beat

Dharmaraja cricket team for the 106th Battle of Maroons (2012)


Rajans will take on Kingswoodians for the 106th time to clinch the T. B. Tennakoon Trophy. This is the oldest big match in the hill capital. Last year, Dharmaraja College, under Hemal Munaweera won the match, after 30 draws.

This season, the Rajans played 16 matches and recorded four outright wins. They beat Sri Sumangala College, Panadura, Mahinda College, Galle, Rahula College, Matara and Dharmapala Vidyalaya, Pannipitiya. Meanwhile, they lost to St. Anthony’s College, Katugastota while the rest ended in draws.
The Rajans will be led by third year player Viraj Karaputugala, a fine right hand bat who earlier opened the innings but now comes in at number 3. After a slow start, he struck form in the last few matches, scoring heavily, including two eighties and one ninety. He has scored over 600 runs. He is also a very good fielder.
Nuwan Karunaratne is the next most senior player in the side and he will spearhead the bowling attack. He has captured 52 wickets and scored 520 runs. He had a match bag of 13 for 59 against Royal College, Panadura.

Left arm spinner Aravinda Withanarachchi, playing in his third year has been the most successful bowler, with 97 wickets and looks set to reach the 100 wicket mark. His best match haul was against Rahula College, Matara where he had figures of 11 for 40. He has also scored over 400 runs. Off spinner Deneth Lanka has captured 53 wickets and has scored over 400 runs.
Apart from the above, the others who can contribute with the bat are Sasith Gunasekera (500 runs), Chandimal de Silva (290 runs), Kavinda Ratnayake (260 runs), Ramesh Ranasinghe (220 runs) and Danuka Prabath.

Nuwan Karunaratne will open the attack with Sasith Gunasekaera. For additional pace there is Shashin Abeykoon and Chandimal de Silva. However, the Rajans’ strength will be their spin attack comprising Deneth Lanka, Arvinda Withanarachchi and left arm spinner Lakshan de Silva, who has captured 45 wickets. The other spinners in the side are Ruchira Pupulewatte and Danuka Prabath. There are two wicket keepers in the side in Kavinda Ratnayake and Ramesh Ranasinghe.

The team is coached by old Rajan and Kandy CC cricketer Ananda Wijesekera who captained the team in 1971. Sarath Ekanayake is the Master-in-Charge while Col. S. Abeygunasekera is the Prefect of Games.